With the European Championship Group A and Group B tournaments set to start and the first international friendly game of the season scheduled for this Saturday, September 7 between the Belgian Barbarians and Team Ireland, the Irish Wolfhounds, let’s take a look at AFI’s ranking of the top European national teams.

All of these countries have played at least one game in the past five years and a few have been very active during that time span.  Keep in mind though that these rankings could change drastically over the next few months.

France tops the list by virtue of winning the IFAF 2018 European Championship tournament, where they defeated Austria in  the gold medal game. Although Germany did not participate in that tournament, their record over the past five years warrants their number three ranking. The Germans won the 2014 European title and as recently as 2017 competed in the World Games event involving France, Poland and a traveling American squad.

Team Finland finished third in the 2018 European Championship event, which they hosted and Sweden wound up fourth. Great Britain defeated Denmark to end up fifth with the Danes sixth.

Italy has been fairly active in the past four years with games against Switzerland and France and is ranked as the eighth top team in Europe. Until 2017, Poland’s national team had been extremely busy and based on those results deserves the ninth place ranking we have given them. Team Serbia could possibly be placed a couple of spots higher, but the positions from 8 to 21 could be interchangeable  depending on the year.

Switzerland earns the #11 spot. They struggled in their last outing against Italy in 2018 but have been consistent for the past few years. The Hungarians defeated the Czech Republic to win the Three Nations Cup last year and downed Poland two years ago.

The Czechs are slotted in just above Team Spain who has performed well in the past two years, earning a 27-0 win over Russia last year while losing in a tough game 14-7 to Turkey. Meanwhile, Team Turkey played Russia to a 13-13 tie in 2018. Norway lost to Russia in 2016 20-0 but haven’t been active since then so are an unknown quantity.

The Belgian Barbarians have been the most active team in Europe in recent years and could possibly be ranked a little higher but for Belgium it seems to be a game to game performance. The Barbarians defeated Hungary in 2016 but lost to Ireland last year. They went on down Holland for the first time ever.

Ireland, in only their third year of existence, have also proven they can surprise after beating Belgium last year in a tight game. The Dutch Lions lost for the first time ever to Belgium last year and their national team program is undergoing some upheaval it seems. At the #22 spot, Slovakia was demolished in two games in 2018, by both Hungary and the Czech Republic. 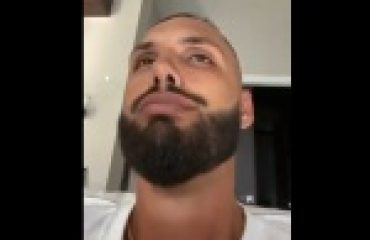