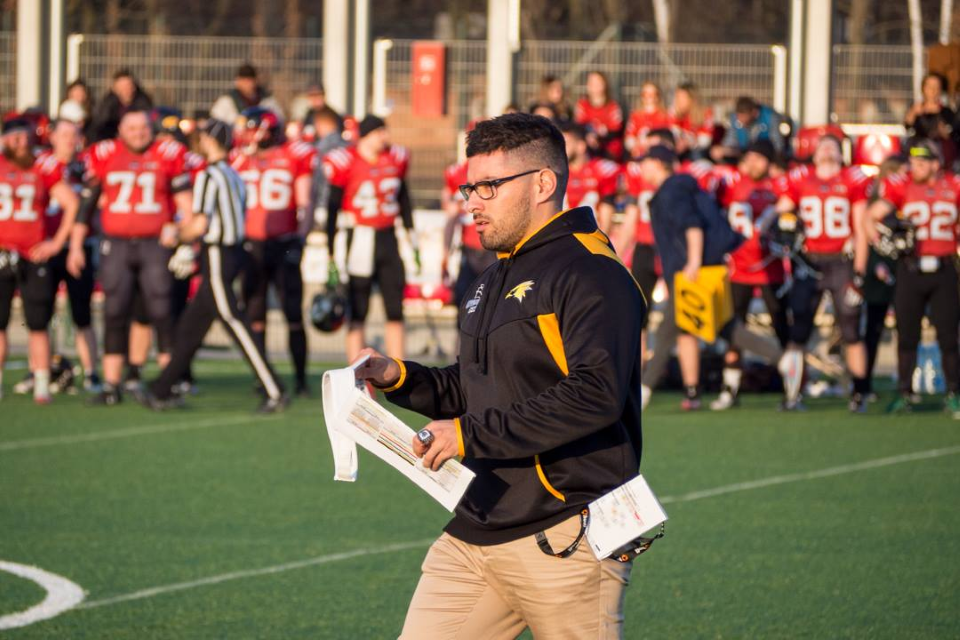 The Marseille Blue Stars, semifinalists in the French Federation of American Football this past season, announced earlier this month, the signing of Mele Mosqueda as offensive coordinator and associate head coach.

Mosqueda has just finished the season as head coach of the Gdynia Seahawks in Poland’s Liga Futbolu Amerykańskiego, guiding the Seahawks to the LFA semifinals where they were eliminated by the Wroclaw Panthers. Under him, the Seahawks had the second most prolific offense in Poland averaging almost 40 points a game. He started his coaching career in 2013 while playing for Germany’s Allgäu Comets. A serious knee injury ended his playing career and he was asked to step in as secondary coach the following season. He moved on to the Kiel Baltic Hurricanes in 2015 coaching running backs,  defensive backs and special teams helping Kiel to a 9-3 record. Returning to the Comets in 2016, Mosqueda, he helped the team’s defense become the fifth best in the country. “I am very excited to join the Blue Stars and help them win a French championship. With my experience as both a player and coach I can contribute both on and off the field. I will also be heavily involved in the Blue Stars youth development programs. The club has an outstanding reputation and I am looking forward to being a part of it.”