After staging another huge upset win, this time over the heavily-favored Asniéres sur Seine Molosses in the French semifinals, Xavier Mas is preparing his Saint-Ouen-L’Aumône Cougars to face the unbeaten Thonon Black Panthers in the Casque de Diamant, France’s championship final, in the last game of his coaching career.

How very fitting. The Cougars players obviously understand the significance of this post season. Mas has been the head coach and general manager of the Cougars for almost 20 years and announced before the season began that this would be his last. Playing as underdogs all season Saint-Ouen needed to win the final three games of the regular season to qualify and then they knocked off the high-flying Marseille Blue Stars 39-27 in the wild card playoffs. They followed that up by overpowering the Molosses 22-7 in the semifinals. Asnieres had beaten them handily twice during the regular season.

American Football International: You are playing in the French title game for the third time in five years and in your final game after 20 years coaching the Cougars. Describe how that feels.

Xavier Mas: I feel relaxed and impatient to coach that game. I just realized that this would be the 3rd Championship Game in 5 years and that gives me even more regrets to figure that we could have been a dominant team for years if only the players would have been committed and work harder. Personally after 20 years with the Cougars and football in France it’s time to move on, I rather stop now when the passion for the sport is still surviving a little bit

A lot of good memories, great friends but also frustrations and disappointments.

AFI:  You have been the underdog all season and throughout the playoffs. And yet you have made it. Are you surprised?

XM: To be honest with you I never thought that with the team we had this season we would go play the National Championship. When I announced my decision early this season to resign at the end of the season, I knew it would be a long way til the end and a difficult one, I told my captain “we will finished 3rd and will have to go down the south to play the Blue Stars, and then….The prediction came true and we had a long trip to go play the team that everybody saw as the rising one.
We won there and then won at the Molosses who were undefeated and again nobody gave us a chance in that game.

So now this National Championship game is a cherry on the pie, no pressure at all on our shoulders. Nobody saw us here while the Black Panthers with their budget and their roster with so many guys from the national team are programmed to be champions.

AFI: In the semifinal, you faced the toughest defense in France in the Molosses. Now you take on the best offense. How does that change your preparation?

XM: Play Offs are different from regular season, and to me that’s when coaching is important. I think there are 2 types of coaches, those who are sure that their system will make them win no matter what players they got or what opponents they face and will never change, and those who know that their players are not the bests and who need to try to find a way to play on the weaknesses of his opponents game after game. I think that’s what happened in Marseille.

And that’s also what happened vs the Molosses in semi-finals. This team beat us twice during the season with our offense only scoring 7 pts in each game.

My goal was to be able to score twice and to put trouble in their heads (as they only allowed 4.8 pts average during the season), that’s exactly what happened.

Same as in 2016 when the Flash beat us 31-7 game 9 with the best defense of the league (11 pts allowed average) before we adjusted and beat them in semi-finals 27-21. That’s the part of the coaching job that I like the most, strategy, and try to find a way to create trouble in my opponent coaches’ head.

So I’ll try to do the same with the Black Panthers and my good friend Coach Ducousso. I don’t give such an importance to best offense or best defense because all the teams in French Division 1 don’t face each other.

So you don’t really know what a 74-0 result in the south means to a northern team.

I’ve always said that the French Division 1 should be a unique division of 11 or 12 teams with single games between teams then at the end of the regular season best defense or best defense and qualified teams for Play Offs would have a real signification. So for that game scouting was important and we will try to stop their offense and score with ours like we tried all season long specifically with what we saw from them on films.

AFI: Your offense came alive against Asnieres. What changes did you make for that game?

XM: For the most part of the season we’ve never been able to practice 11vs11 because we never had more than 5 linemen (O & D) at practice so basically practices were individual drills and passing 7vs7 most of the time.
‘Zombies’ came back when the sun started to bright during the evening and surprisingly practicing with more people gave us the opportunity to have more interesting practices and to produce during games.

So nothing really changed except number of players at practice and then a much more effective work to do.

AFI: Are you injury free?

XM: We lost 3 players early in the season (before game 3) and besides those guys we got everybody for the Championship Game.

XM: I hope that a lot of people will come to watch the game cause it’s never easy to fill a stadium outside Paris for a Championship Game and I hope both teams will produce a nice show to promote our sport.
And at the end may the best win. 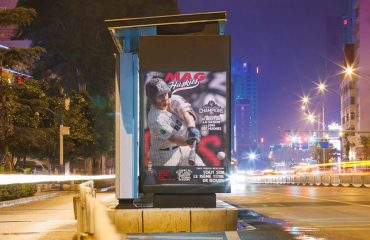