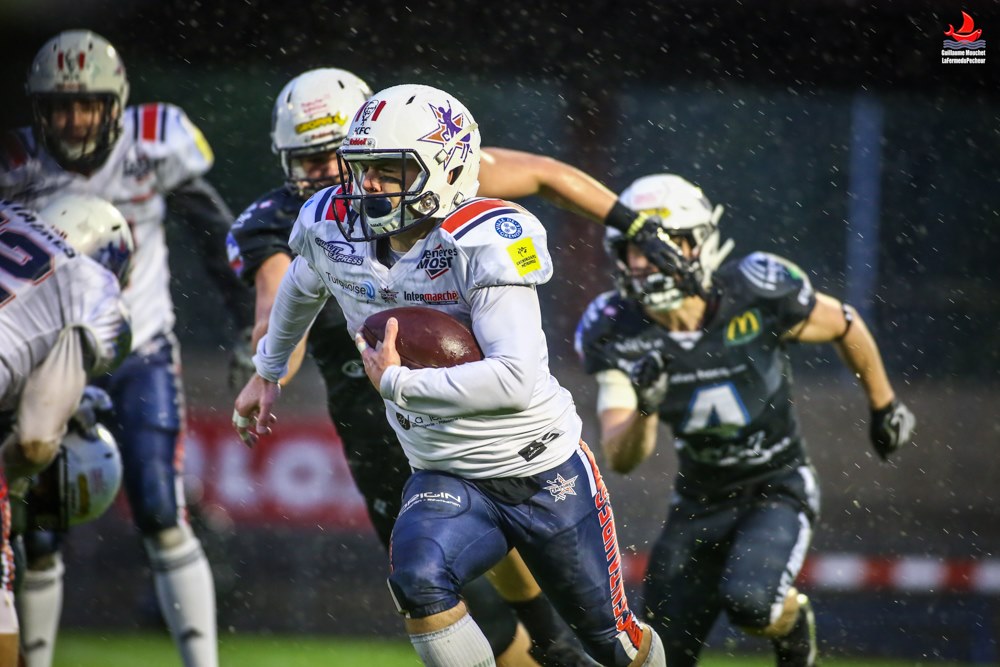 The Grenoble Centaures have to beat the Marseille Blue Stars on Sunday at home to qualify for the playoffs in the French First League.

After Grenoble returned to the French Federation of American Football Elite division, their goal was to maintain their membership among the top teams in France. Now, they are fighting for a higher purpose. Before the final game of the regular season, the Centaures are third in the Southern Conference and one step away from the playoffs. The best way to secure a spot is to defeat the Marseille Blue Stars. However, if they lose and the Montpellier Hurricanes defeat the Aix-En Provance Argonautes, their newly promoted opponent will make it to the playoffs instead. Grenoble’s quarterback, Sonny Weishaupt knows that his team is capable of making the wild card round. However, he emphasized, they will have a tough game against the Blue Stars. American Football International: You are still in battle for the wild card. What do you think helped the team improve from the start of the season after it just got promoted?

Sonny Weishaupt: It took us some time to adjust to the top teams in the championship and a lot of guys on the team had to realize that playing in the first league takes a lot more extra effort than in the second. Our number one goal was to stay the league and we accomplished that goal fairly quick. So now we focus on our second goal this season, which is to make the playoffs and then see how far we can go.

AFI: Was this what you and the team expected or it is a surprise?

S.W.: Talent-wise and with the potential this team has, it was not a surprise after we faced the top-teams and saw that though they were really good, they were also still humans who can be beaten in a perfect game. It was more of a surprise to see us fighting in games like against Lyon or Aix-En Provence. Both teams fought extremely hard and I have nothing but respect for them. AFI: You have shown pretty equal form compared to the Montpellier Hurricanes. What can be decisive between the two teams in your opinion?

S.W.: Well, both teams moved up from the second league last year and have a long history together from what I have heard. The first time we played Montpellier both of our starting cornerbacks were out and we did not have an import on defense yet. Also our defensive coordinator was not here yet, who made a huge difference and helped us big time. I also think we have progressed a lot over the course of the season, overcoming adversities and fighting together as a team. Thus, hopefully we have not played our best football yet, whereas Montpellier came out strong but became too predictable over the course of the season, in my opinion.

AFI: I guess you have the tougher opponent. You will play Marseille, while Montpellier is up against Aix-En Provence. How do you see the chances of winning since the Blue Stars are already in the playoffs?

S.W.: First of all, I have to say that Aix-En Provence seemed like a completely different team the second time we played them. Their new quarterback was a difference maker and brought a new dynamic to the whole game. They were fighting throughout all four quarters and showed tremendous effort. However yes, Marseille is a different caliber and definitely a top-contender for the championship. They have clinched their number two seat and have nothing more then to win this game. They have also shown, that they are in good playoff shape after their big win against Montpellier last week. The Argonauts, on the other hand, have something to proove and I expect them to put up a hard fight against the Hurricanes and probably even come up with a win. AFI: Will you be checking the other game’s score during the match? Or is it forbidden?

S.W.: No. I am focused on our game and our game only. When we win nothing else matters and we have made the playoffs. We can control our own destiny and that is where I am trying to contribute as much as I can.

AFI: What do you need to defeat a top class offense and defense such as the Blue Stars’?

S.W.: We have to play flawless, limit our mistakes and fight all game long. We also have some players back now who did not play in the first game against Marseille, and helped our offense a lot. Also we are more in sync with each other now and hopefully that will be enough in order to win. I have full faith in our team. I know we are capable of beating a team of their caliber, we just have to come together and find a way. 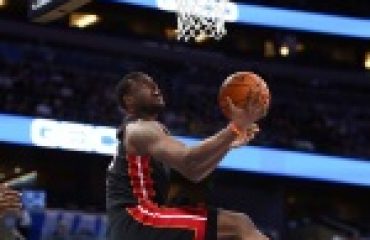