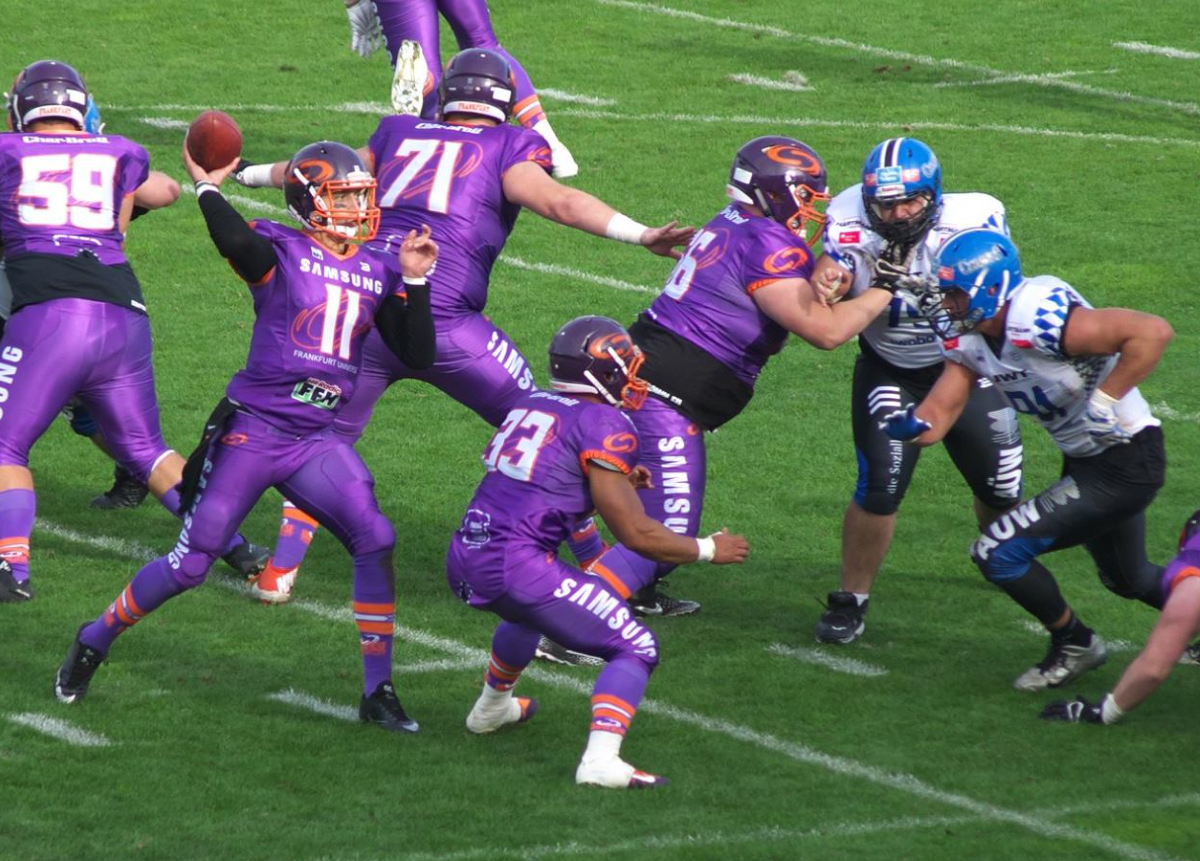 Sonny Weishaupt is a football vagabond, forever combining his passions for travel and the four-down game.

Football has taken him from his home in Babenhausen, Germany — where he played in the street with brothers Dennis and Jerry — to high school in Thomasville, Georgia, college in Forest City, Iowa, camps in Bradenton and Orlando, Fla., German Football League teams in Marburg, Darmstadt, Mannheim, Frankfurt, and to Grenoble, France where he is the starting quarterback for the 2-2 Centaures.

This week, football brings the 26-year-old to Toronto for the first Canadian Football League international combine. He’ll be one of just three pivots there; Michael O’Connor from UBC and Chris Merchant from Western are the others.

A few years ago Weishaupt sent game video to the Facebook pages of all nine CFL franchises, with a plea to look at it should they need a six-foot-three, 210-pounder with enviable arm strength but pedestrian wheels. None of the teams responded with interest.

“I’m an athletic enough quarterback when it comes to mobility but I’m not going to kill a defence by running around,” he said. “I can make plays with my feet when I have to, I can pick up yards when I need to, but I’m not a Mike Vick kind of guy who breaks eight tackles and runs a 4.70.” He’s the kind of guy who can chuck it hard enough to play on the wide CFL field, and he prides himself on an understanding of the game. Granted, he knows the American game. But he has studied the CFL, and is indeed a student. He’s finishing off a degree in sports science and philosophy while playing for the Centaures, crafting a thesis that explores specific strength training for throwing sports.

If the combine invitation amounts to nothing more than three days in Toronto, and another education, he’ll be fine with that outcome.

“To me it’s the journey that matters the most. I’m just super excited about having the experience and I see this as a big accomplishment already. I’m fortunate to be invited to this combine as a European player and I believe the only European quarterback. It’s definitely humbling and a great honour to me. I will definitely try to make the most of it.

“I am realistic about it. Recruiting a quarterback, that comes with watching film on him and studying him and sitting down with him. It takes a lot more time than just having three days of watching him interact with the media, throw a couple balls and do athletic drills. You never know. The chance is there. I’ll try to be the best I can be.”

He has been mentored by friend and former Marburg teammate Micah Brown, a Florida-born QB who had a cup of coffee with the Argos and Ticats, starred and won championships in Germany, and now coaches at Saint Mary’s University in Halifax. They still talk every other day or so and Brown thinks Weishaupt will surprise some CFL people.

“For his size he’s athletic, but he’s not going to be a blazer in the 40. He’ll have decent testing numbers. He passes the eyeball test and he has a strong arm. Those are the things that will pop really quick. He’ll hit that deep out from the opposite hash.

“When it comes to his footwork and timing, being able to get the ball out on time, having the right rhythm with it, I think he’ll open some eyeballs with that as well.” He’ll be one of 18 Europeans at the combine, along with five other Germans, four each from Finland and France, two each from Denmark and Italy. The GFL is recognized as the strongest league in Europe, and Weishaupt has had plenty of success there. He was convinced to head home after a disappointing experience at Waldorf University, an NAIA school in Iowa.

“I was thinking college football was college football. Turns out it wasn’t. The quality of play was below the GFL and the scholarship I received didn’t cover all the living costs so I still had to pay more for my education there than I would have in Germany.

“So I decided to go back to Germany and make a name for myself in the GFL and get a better degree for a lot less money. I played for a couple different GFL teams, for the German national team, played in the German Bowl, played in the Euro Bowl twice, played in the World Games final with Team Germany. We beat Team USA which was a historic act because it had never been done.”

Ongoing CFL research has unearthed 184 players born outside Canada and the U.S., but just one quarterback: Neo Aoga from American Samoa.

The odds are long but Weishaupt’s determination is legendary.

“His commitment to the game of football was very extraordinary from the beginning,” said Carsten Dalkowski, GFL chairman. “His persistence and unconditional will to succeed have been impressive for years.”

Read the original story by Dan Barnes in Postmedia.