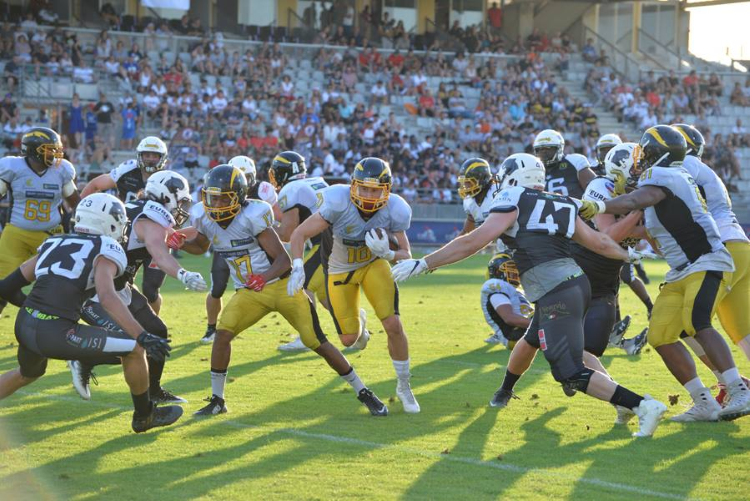 The Flash took a 13-0 halftime lead and held on for the win. La Courneuve opened the scoring in the first quarter as Khandar, the third leading rusher in France, found a seam outside and raced 35 yards to give the Flash a 7-0 lead.

The Flash offense continued to dominate in the second quarter with Durand throwing pinpoint passes. Midway through the quarter he connected with Mahmoudi on a 25 yard touchdown pass to increase the lead to 13-0. La Courneuve extended their lead in the third quarter to 20-0 as Aguemon capped a 40 yard drive plunging in from the five yard line.

Thonon, unable to penetrate the red zone earlier in the game, was finally able to score in the third quarter with Yepmo finishing a drive with a 10 yard run.

Late in the game, Bohem then found Tulay on a 15 yard touchdown pass to pull within six, 20-14

That was as close as they could get La Courneuve held on for the win.

Paul Durand was named Game MVP which is fitting as he is retiring from football following the IFAF European Championships in late July.