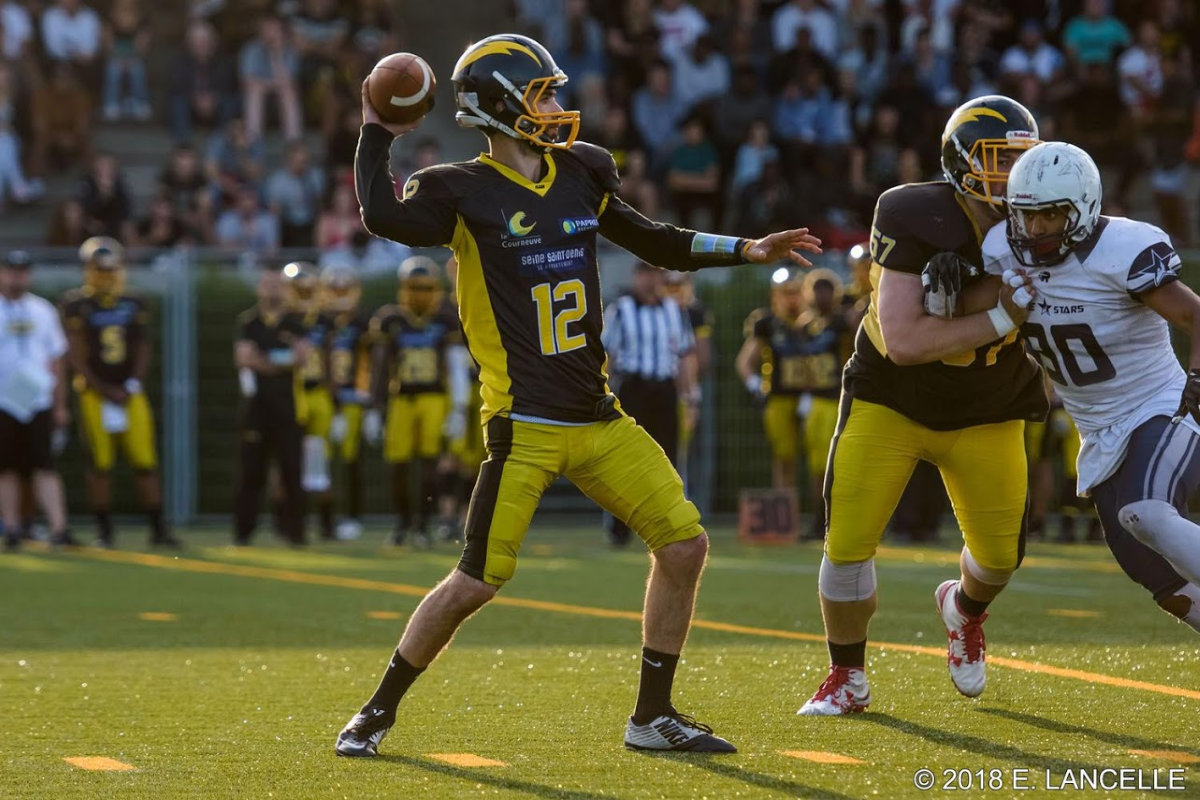 As in the first game of the year between these two which the Flash also won, 7-6, this game was a defensive struggle.

The Flash had a total of 240 yards of offense (164 passing, 76 receiving) while Marseille was held to 10 yards rushing and 162 yards passing. Travis Adamson completed just 17 of 41 passes for Marseille for 162 yards and a touchdown but threw three interceptions. Pereese Joas caught the lone touchdown pass for the Blue Stars.

Marseille took a first quarter lead on Adamson’s touchdown pass to Joas and held it through the break. They added to it as the defense forced La Courneuve to concede a two-point safety giving the Blue Stars a 9-0 lead. Then Khandar struck for a touchdown to close the gap to 9-6.

Durand found Doukoure in the fourth quarter to give the Flash the lead and Khandar broke for his second touchdown of the game giving the Flash a 19-9 lead they would not relinquish.

La Courneuve move on to face the Thonon Black Panthers for the second year in a row after Thonon defeated Asnieres Molosses 14-9 in the other semifinal. 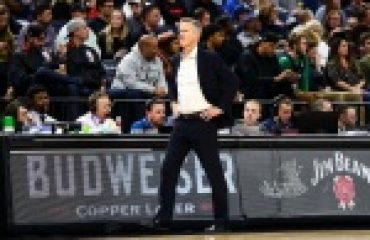